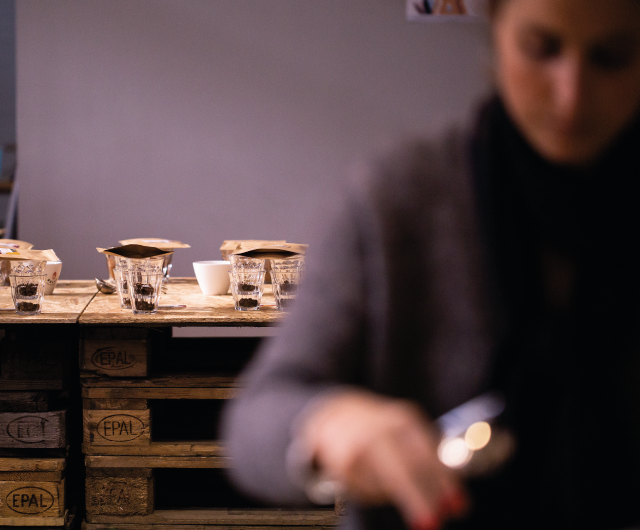 For the benefit of Mr. Sales

Recently and perhaps periodically, we talk at the office about the problems the sector faces to sell its coffees, no matter how qualitative they are. From the producer till the roaster, all seem into trouble when talking about prices, and I’m not talking exclusively of any specific actor involved in the chain. My father for example, always told me “I guess I’m a good producer, but not such a good seller”. What are we doing wrong? I always prefer to be a positive person, so rather thinking that we’re doing something wrong… I prefer thinking, what are we NOT doing?!

Coffee is culture. Culture is something we learn, something we develop with time, not something we have when born (perhaps we could get a bit philosophical with this statement… but is the kind of discussion you can have when grabbing a beer, so let’s continue).

How can we talk to somebody about a product they don’t know? There is no possible way to go further or deeper when talking of coffee, when we haven’t explained the basics of the product to consumers, when we haven’t clearly explained and proved them the difference between good coffee and… I would say the rest.

Some weeks ago we gave a course with Julien, with consumers rather than professionals. We did a duel test to them (kind of simple): A Robusta and an Arabica, both coffees from Cameroun. The Robusta was first, and they were not shocked at all when first taste it. Not at all. Really. Then, we gave them an Arabica (a pretty good one, besides). They were amazed. “It even tastes like tea” a girl said (yes, my ears were bleeding). “It even has plenty of aromas” said a guy, “you could even drink it without adding sugar” replied the woman next to him. At the end, they were asking names and addresses of roasters. Why not thinking for example about cupping sessions in your store? Coffee evenings? There are more probabilities to get a client by making him actually feeling the difference in cup rather than with the blah-blah-blah (I’m not saying it is not important, but complementary!).

Don’t ever think of teaching people about coffee as a waste of time. In coffee (as in many other “terroir” products), pedagogy is important. Do we explain consumers all the work that has been done to obtain the cup they have in front of them? Do we tell them the quantity of people involved in doing coffee (producers/importers/roasters)? The more a consumer learns about coffee, the more he would be able to appreciate it. And once they have decided to get in, they won’t get out, I assure you.

Innovation is a big word. For some might even be a bad word (but is not, let me explain before throwing the first rock). You can innovate in plenty of ways, for example: Have a complete selection of coffees, give consumers the opportunity to choose, make them travel. Introduce your touch, explained them how you mastered and maximize the coffee they’re about to buy. Read about all the trends happening in coffee. Many countries still have the belief that Americans drink but “water sock’s” coffee, and have no idea that in a couple of years they have developed the specialty coffee sector as few have done it, with an incredible rapidity.

Someone said Third Wave? If they’re not coming, why not thinking in going to them? A strategy of sales can be innovative in plenty of ways. Nothing has been written! How are we going to do to explain a consumer that with a 250g of freshly roasted coffee they would have up to 20 delicious cups of this celestial drink? (An affordable luxury as Alex likes to say)... and unlike wine, we can preserve it longer than one night.

There was a Beatle’s song which said “you say you want a revolution? ...well you know we’re doing what we can…” are we?