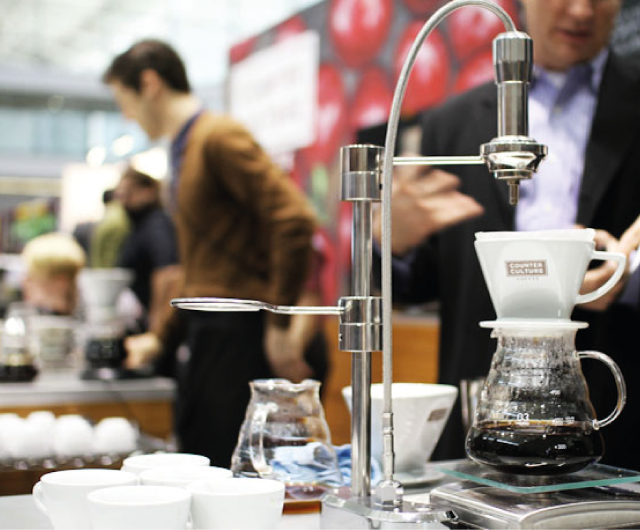 Coffee is the World!

Some weeks ago, we told you about the trip made by a Belco’s team member to SCAA event in Boston. Even if in Europe most of people think that in the US you can’t get anything but “dishwater”, the truth is that the US is the leading country concerning specialty coffee. The culture of the highly qualitative coffee in the US is neither new nor old, but what we certainly know is that it has increased very quickly these past few years. US are real trendsetters: each of their current trends becomes a major trend worldwide afterwards.

Boston is over, Seattle is coming… SCAA’s events, a “place to be” for any coffee professional worldwide!

After this event, another event -not as famous but which is becoming a must for the coffee sector in Europe - took place in London: the London Coffee Festival. Angel, from our team, had the opportunity to attend as a visitor. Ten years ago, the empire of coffee was managed by instant coffee in the UK … and it was a much smaller empire than the tea’s one. Now, the UK (with some other northern neighbours) is leading the consumption of specialty coffee in Europe. What is remarkable is certainly the huge step they’ve made from a merely base consumption to such a qualitative one. If you go to London, you should not miss the opportunity to visit some of their high level coffee shops… you can find them anywhere!

To continue with the 2013’s calendar of events, 2 weeks ago, Melbourne (Australia) held the Barista Coffee Championship (last year, we were informing you on live from Vienna!). This year, the American Pete Licata won the championship, followed by Matt Perger from Australia as 2nd, and our Salvadoria friends from Viva Espresso came back to the podium, with William Hernandez at the 3rd place. And last but not least, the next event will take place in France: the World of Coffee in Nice. The event is coming soon (only 20 days to go!) and, of course, we will be there, remember to stop by and cup a coffee with us at Stand B16! Nice would be featuring great competitions such as: Besides, this is a great opportunity to meet professionals from all over the world!

Boston: Alphadominche, surely we will soon hear about this new machine quite often (http://alphadominche.com/steampunk/ )

Melbourne: Matt Perger’s from Australia and his impressive presentation. Do you want to kill a prejudice and make it at home? (http://www.youtube.com/watch?v=1lJKvOmrpLo )

Nice: Don’t miss it! And please, come to visit us and cup a coffee together in stand B16!