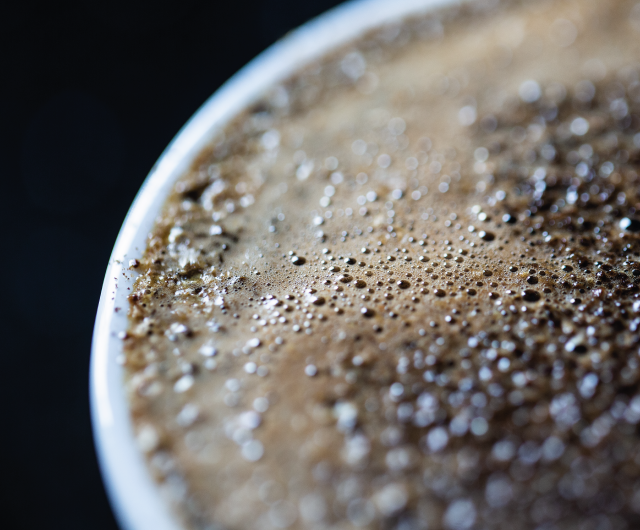 We heard quite often, talk about TDS in coffee, and analyzing based on this if something went wrong when extracting in coffee… but what the hell is that in Christian?, as my mother would say.

TDS stands for Total Dissolved Solids, and it makes reference to the total amount of soluble components that we can find on brewed coffee, passed from the coffee grounds to the water.

The TDS percentage is certainly very important, because those components extracted are the ones that will affect how your coffee tastes, and even, that your coffee takes a brown color instead of being transparent.

It is very important, however, to know the difference, between the TDS and the extraction yield. The TDS is the percentage of solids present in the brewed coffee, while the extraction yield is the percentage of soluble coffee solids extracted from the dry coffee. A TDS for example, would normally be between 0.90 - 1.50 % in filters & immersions, and around 14%-16% for espressos. The extraction yield would ideally be between 18-21%, knowing, that only a 30% of coffee is soluble in water, being the rest mainly cellulose non soluble.

According to Jim Schulman, one of the first researchers characterizing the flavors existing on brewed coffee, the components found can be classified in:

The balance between these main components, and how you actually perceive them in cup, would actually be telling you if you’re doing a proper extraction, or if you’re under or over-extracting your coffee.

The TDS it is normally easier to be measured in filter, since in espresso it’s necessary to filter the coffee, having more solid particles making it harder to reflect light.

What we wanted to do this time, in our lab, was to check how the different parameters involved when brewing a coffee affect the TDS percentage. And of course, how this affects what we perceive in the cup!

We did all the different tests with the same coffee, changing a parameter at a time.

The coffee that we selected to do it, was a Brazilian one, the natural Bob-o-link from Fazenda Ambiental Fortaleza

The materials used were:

The roast parameters used were:

The cupping parameters used were:

The results we got, by changing:

For this first experiment, we change the time of infusion that means breaking the crust at different times. We did a first break after 1 minute of pouring the water, the second after 4 minutes and the last after 7 minutes.

The numbers we got were clear, the TDS decreases after the minutes pass. This was perhaps one of the tests which shocked us the most, since we should normally think the opposite.

However in cup we got what we normally expect of this experiment, being the cup of 1 minute of infusion not very developed & flat, while that of four minutes was way more complex and developed, and the last one, of 7 minutes was again flat, as if we denaturalized the coffee in a certain moment. Compared to a roast profile, this last cup, remained to us to a coffee which curves stagnates

Here you have graphically what we got

Here we had again some conclusive numbers, since the TDS increases as the grind gets coarser. We used 3 kind of grinding: a very fine one, a medium grind and a coarser one. Also in cup they change quite a bit. The cup of the fine grind was harsh & undeveloped, as we increase the grinding, in the second cup; it gets more complex and developed; but if we do it coarser, we get more acidity and loose most of the aromas

This could be explained, since as we decrease the surface on the coffee, it might be harder to solubilized some specific soluble components

Concerning this experiment, we were certain of what we should get. As we increase the quantity of coffee, the TDS goes up. We did 3 different tests, with 6, 10 & 12 g. The first cup, with 6 g was undeveloped, while that of 10 was more complex & developed, and in that of 12, we started feeling that we were denaturalizing the coffee, even if stronger, we started to lose the profile of the coffee.

In cup, the difference was impressive, by using water at a 100°C we almost felt like it was a burnt coffee, it felt like a darker roast than it actually was. We could surely say that we extract dry distillates at higher temperatures! … And when is not hot enough, anyway, we got some paper & vegetables tastes. It means that we can under & over extract a coffee by the temperature of the water.

e) Quality of the water

As we previously talked about it, the quality of the water also has a big incidence on your cup of coffee (not so hard to imagine, when you think that over 98% of your coffee is water!)

For this experiment we used:

Tap Water, same water filtered in a Brita, and a Volvic & an Evian.

In that order, the TDS increased on coffee. However, having more TDS was not equal to a better quality. How’s that possible? Well, mainly because that extra % on your TDS might be coming from the water composition instead of coming from your coffee!

The tap water for example, was alkaline, with less acidity and harsh. The coffee infused with the water filtered in a Brita, instead, was more developed & complex. And that with Volvic, was incredible how acidity was developed. And for Evian, even if having the highest TDS, the coffee was not as clean, complex & bright as with Volvic or Brita filtered water.

Here you have a graphic of the 4 kinds of water:

f) Color of the roast

And this last test was the one that surprises us the most… even if coffee becomes more friable when roasted darker, it might also get more impermeable, and this is mainly what we saw with this experiment. The lighter the coffee was, and the higher the TDS was.

As a plus, we also measured the TDS on each cup at different stages of temperature, to see how the TDS reacts as well, and we also found that it decreases when cooling!

And to finish, just because we like you so much, we did the same test for different coffee makers, this way we could give you the best parameters to get the best out of each J

We gave the Bob-o-link a break this time, and change to a Maragogype from a farm called Antonieta (first coffee from the east part of El Salvador we have brought to Europe!)

We used the same roast parameters as for the previous experiments, and here you have a recap on the best parameters we found on each coffee maker ;)

We have always said it, every step counts to make a good cup of coffee: from the producer, passing by the roaster to end with the barista… no one has the right to make a mistake!

Oh, and one last thing to finish, forgive us for being so methodic this time, we were two engineers on the lab this week