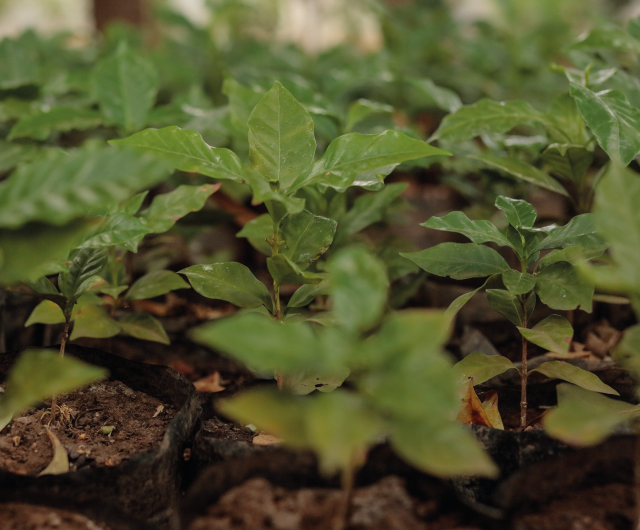 What do we know about coffee genetics?

We often listen to people misunderstanding or making some mistakes when talking about coffee and genetics. But, what do we really know about genetics in coffee?

We know mainly 3, because they have been commercialized all over the world, and two are dominating the market: Arabica (around 65% of world production) and Canephora –commonly known as Robusta- (with a 35%). Oh yes, the production of Arabica is almost the double of Robusta… now you understand why 100% Arabica, means basically nothing?

A third species is the Liberica. With a very low and punctual production, almost as low as its quality, has been commercialized, but represents almost nothing compare to the other two.

Walking on the branch: getting more complicated

After species, come the cultivars & the varietals.

A cultivar, applies for the Canephora. Genetically they are very simple, since, there is no genetic duplication, no genetic trace to typify on the opposite to a varietal. Can we say it simpler? Imagine that you have two sons, and they are cousins... and you will always have cousins, never brothers.

Some cultivars of the Canephora, are the Robusta (vastly produced) and the Koulliu (well known in the island of Madagascar).

The varietals, which apply for the Arabica, are more complex, and you have a genetic duplication, a trace to typify. Said simple, you have two sons, and they are brothers. The Arabica, is the only one of species in having 44 chromosomes, when the others have but 22!

The first varietal of the Arabica was decrypted in the Netherlands, brought back from Yemen/Ethiopia by a traveler. It was called Typica, the typical coffee.

The Typica, was then planted in the island of Bourbon (Reunion Island). Something happen to it, even if genetically it was identical, its production was the double. This Typica, with a double production, was called Bourbon.

The Bourbon, started to change while in the island. The grain was longer, and the bushes were like pines… a new varietal was formed, and it was called Leroy (also known as Laurina or Bourbon Pointu).

The Typica, was also planted in Timor. One day however, a group of producers noticed that some bushes among a farm were not infected with a plague that attacked so hard leafs (rust). By studying this grain, they actually discovered that if it was not attacked by the rust, it was mainly because it was a mutation of Arabica with Canephora (resistant to the rust). This varietal was known, as the Hybrid of Timor.

This changes or genetic mutations of the grain found in the nature, with no man intervention, round the 20 and have been found all over the world:

All the rest of mutations, which are not found in nature, were created in laboratories by men and reach easily over the couple of hundreds.

Some examples of lab hybrids, produced all over the world to mention a couple:

Pacamara: resulting of crossing the Maragogype (giant grain found in Brazil) and the Pacas (a minor mutation of the Bourbon found in El Salvador). Very prestigious varietal, not only for its size but also for its quality in cup

Catimor: the result of crossing the hybrid of Timor with the Caturra. Very important varietal, since it has been the base of crosses, in order to get varietals with the rust resistance of the Canephora and at the same time, the aromatic characteristics of the Arabica.

These are just a couple, lots of hybrids created on laboratory are nowadays found, produced and consumed all over the world.

Going to the top, let’s talk as if it was wine

The world of varietals has been developed a lot by producers & roasters these last years. Now the use of a varietal in a terroir goes way further than a simply resistance to plagues or production aim, producers are using mono varietals and experimenting with new ones with a single objective in mind: quality in cup!

That’s why now, more than the farm, region & producer’s information, it is quite usual to see the varietals information on a coffee’s package! At the same time, some other producers, in addition of using varietals, are now doing varietal blends with the same objective… and guess how complicated it gets, because they’re trying to get a super cup of their coffees, but at the same time, they need to figure out which varietals, besides blending well for a great cup, won’t be a headache for a roaster, to actually roast it properly!

Coffee is the new wine, isn’t it?

Until the next one,