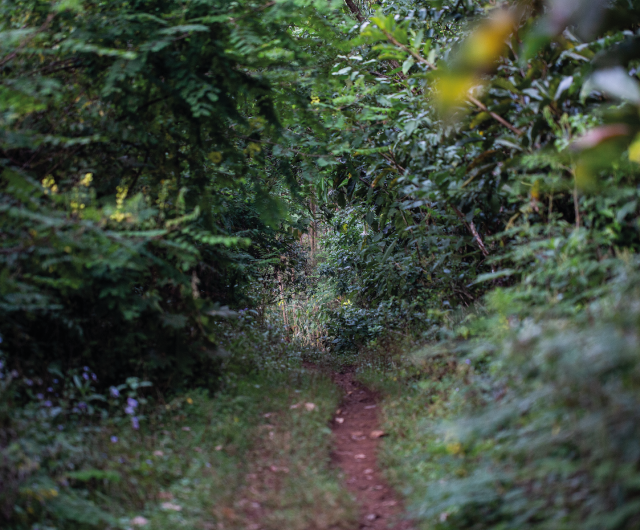 On the trail of the birth of coffee: the preservation of an exceptional coffee Terroir

"Galatooma", or "Thank you" in Oromo is the first word that comes to our mind after our journey into the heart of one of the birth places of the Arabica coffee. In early February, we had the chance to go to the western Wällägga. This area is located a few kilometers from South Sudan’s borders. It offers plots of preserved forests, where endemic coffee varieties grow in a breathtaking biodiversity. The farmers settled in this area work to produce a quality coffee by focusing on local varieties and transmitting the traditional skills that honor the term "Terroir".

The concept of terroir in a coffee forest

For us, the idea of Terroir is very important in coffee. Unfortunately, we’ve noticed that this concept is not always well defined and is still abstract for some of us. As a definition, we can say that, in a coffee plantation forest:

A Terroir is a defined geographical area (the forest and its climatic, atmospheric and topographic conditions), in which men (producers) build a collective production knowledge (varieties, cultivation and processing techniques) which provides a unique sensory profile to the coffee, typically related to this area.

This definition may seem theoretical, but cupping the Wallagga’s coffees makes it all really concrete...! So why do we insist so much on valuing Ethiopian coffee forests, if many coffee plantations already offered by Belco are under shade grown? The answer is multiple and the issue is noble...

A forest coffee is, above all, a coffee produced under the natural and protective shade of a wild forest, settled on rich and fertile soils. Unlike other countries that plant trees only for their shade, here we have an agroforestry system. This ancient technique has been used in Ethiopia since more than 400 years ago and has several advantages for the environment:

The other trees protect the coffee plants by reducing the effects of winds, rains and extreme heats. By deeply sinking their roots into the soil, the trees also promote capillary water flow to the deep aquifers, to better withstand drought, but also to fight against water pollution and flooding. From an agronomic perspective, trees also help to fight against soil erosion.

The coffee forests also allow inter-cropping. These secondary products such as timber or honey production are supplemental sources of income for the producers.

With an average of 10 to 15 tree species per forests in the well-preserved areas, these coffee forests help to preserve biodiversity. Indeed, this unique agroforestry system is highly related to coffee production and would probably not exist without it. The coffee production financially supports these forests and ensure the preservation of its diversified ecosystem, with a rich fauna and flora.

The Aningeria tree, majestic and spectacular. This tree used for its wood, is endangered by deforestation (Waro forest)

Belco values producers who protect their traditional knowledge and local wild varieties now abandoned for new seeds. By working over the long term with the producers of this area, we are helping to preserve a land and bring out the best of what it has to offer benefiting from coffees with incredible flavor profiles. By importing these coffees, we also help to create value added for local producers directly improving the living standards of their families.

At left, Ragasa with his eldest son, producers in Fendacha. At right, one of the producers of Yeti with his daughter.