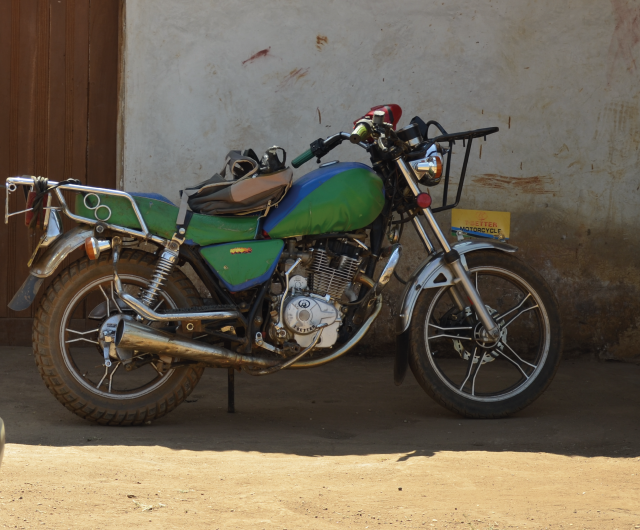 Our experience in Eastern Africa, finished by Tanzania. Few we do know about Tanzanian coffees. One of the current advantages and at the same time, disadvantages of Tanzanian coffee, is to be located just next to Kenya. Advantages & disadvantages, I might recall, for the historical way of trading coffee. Why is that? Because some were used to say “it is a good coffee, clean, fruity, acidic… is not Kenya, but has neither their prices”, while some others were used to say “well, Tanzania is the little brother of Kenya, but still far from them in quality”. In any case they were always compared for the good, as for the not so good, in quality & price.

Now, where does this difference come from?

Tanzania, just like Africa, had a British history behind them. And in coffee, is not an exception. They had a national coffee exchange (at Moshi, and not in the capital as Kenya). As an agricultural product, is almost as protected internally, as in Kenya.

Classification of coffee: profile vs. quality

Their system of classification of coffee is also based on screen, but yet different as Kenya, for the varietal they use widely: N-39.

N-39, their varietals, has more of the typica on their gens than bourbon, which is the case for the SL’s in Kenya. Translating this into human, means that the SL’s are capable of giving probably larger beans but for sure, more dense than N-39,s, a AAA in Tanzania would almost look like a Kenyan AA, their AA would be more like an in between AA-AB Kenyan, and their AB’s, would be a bit smaller.

Something important to notice, however, is the fact that the difference in screen in Tanzania is more of profile than of quality, which is not the fact in Kenya.

I’ll explain: if you get a batch of cherries, processed them and then sort them on their classification, a AA would always score higher in Kenya than an AB, while in Tanzania not, in AA’s (based on our cupping experiences) you have higher acidities, while in their AB’s, you would get more sweetness. This, clearly explained for you our “cher roasters”, means that hands on beans, you would get fantastic bright filters with AA’s (espressos would be for those liking intense experiences), while with the AB’s, you would get sweeter filters, but at the same time and with a relatively challenging roast, sweet & round espressos for using as single origins. J

Until here, we are in the almost same line of Kenya, what changes then?

The way of processing

There are still different intermediates as in Kenya, but less complicated, let’s say. The main difference, however, recalls on their way of processing the coffee. While in Kenya, we previously explained here that the way of processing is a long know how (with the double washed), in Tanzania, most of the farmers instead of selling their coffees to wet mills in cherry, they do depulp by themselves and sell in form of parchment.

And that, as for our experience in other Eastern African countries, such as Burundi & Rwanda, or even in Latin America, like in Mexico for say some, we know it gets way more difficult to make & control a good processing. As farmers, are really small (owning around half and hectare average), and the final lots would be made out of tons of smaller lots with very heterogeneous processing: some might do wash without ferment, other without; some might sell their parchment when still very humid and dry mills when recover them would finish drying them in ovens, while some others, would bring them under 10% moisture…and all of these examples, might built a same AA!

So what is changing now and what was the purpose of our trip?

In the beginning we were buying along with our exporter top lots from auctions. This however is not always which is ideal, first because we do buy them when are fresh, so you don’t know how a bad process bean can react in time (get pale after 3 months, for example) even if we do different controls such as water activity & moisture. Second this way of buying will ensure neither long term relations with coop’s and farmers.

Our exporter explained us that they had a project of investing with farmers in CPU’s (Central Process Units), in order to centralize the wet milling of lots from specific coops or farmers groups/societies, and improve this way the processing, which in Africa most of the time would get you what they call Fully Washed coffees: coffees passing through a wet milling including a phase of fermentation. Plus, that would be able to offer us the lots we buy year after year.

Basically, they were offering us quality, traceability & long term.

So as you can imagine, we were very tempted for it. And as we do take this kind of ideas very seriously, we came, we met some CPU’s and their farmers associated, and choose which we are bringing to Europe.

We did find some of the top lots in the south of Tanzania (Mbeya region), and would start this year with 3 CPU’s and have done from each a microlot of AA & AB.

From the north, we would work our first label, from Tarime, which you would start knowing as “meteorite” (funny thing, when visiting, Angel found a 14 tons meteorite in the middle of the farms and decided to ride it).

Angel rides on the meteorite!

We are very proud to start being the first promoting top FW microlots from Tanzania, and trying to give the name this origin deserves in the specialty sector. And we hope you would follow us with this one too!

We hope you have enjoyed our long series of African diaries, which now come to their end. Most of you have already known our Kenyans, concerning our top lots from Burundi, Rwanda & Tanzania would be arriving in around 2/3 weeks to Europe. If you’d like some samples don’t hesitate touching base with us :-)