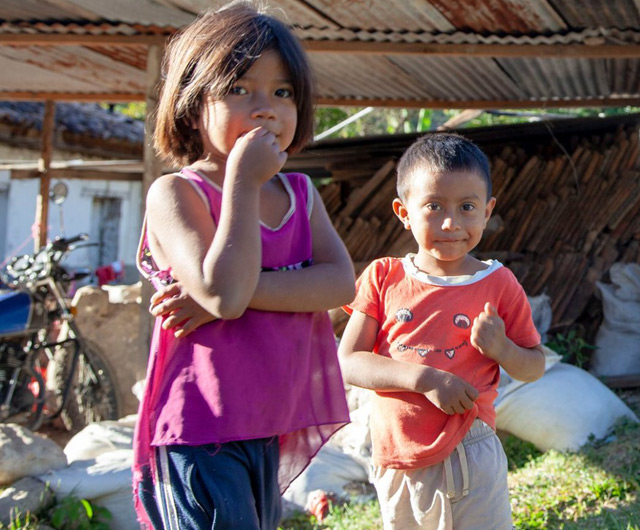 A trip to COMSA, where coffee drives development

Marcala, Department of La Paz, Honduras.
It is here, near the border with El Salvador, that an ever-growing group of producers have made it their mission to change the lives of their community
by making the most of their coffee production.

COMSA (Café Orgánico Marcala SA) is one of several unique companies that we’ve been lucky enough to work with for a number of years. COMSA’s manager, Rodolfo, is a man with a calm voice but unfailing determination. He remembers when our adventure began.

“When I first met Angel [Note: Sourcing Director at Belco] at the SCA event in Rimini, Italy, I wanted to persuade him to taste our green coffee samples and explain our project. Angel is always extremely diplomatic, and he politely told me that Belco wasn’t currently interested in Honduras coffee. It was at that precise moment that Marcos from Fazenda Ambiental Fortaleza in Brazil arrived and came to my rescue, by saying: “You’re not working with Rodolfo?! You’re making a huge mistake, Angel, you’re missing out on a great coffee and some great producers!!”

This is how our partnership with COMSA began. Coincidence or fate? In any case, having begun with just 50 bags in 2014, COMSA coffees now represent 10% of our Central American coffees.

From left to right: Rodolfo Peñalba, manager of COMSA, Marjorie, Myriam Elisabeth from the Clave de Sol finca and Susan, a Salvadoran producer

Marcala is a coffee-producing town located on the border with El Salvador, in an area where some of the most violent clashes of the Salvadoran Civil War occurred in the late 1980s. Many of the region’s producers have lost nothing of their rebellious spirit. Refusing to accept the inevitability of unprofitable coffee production, they chose to roll up their sleeves and use coffee to drive development.

Set up by Rodolfo with about fifty producers amid the global coffee crisis in the 2000s (history just keeps repeating itself...) and with barely €50,000 in capital, the company now employs 150 people and involves 1,500 producers.

What struck me most on arriving at COMSA was how they all spoke with one voice, and the importance they attach to collective work for serving the community. Their watchword: “play as a team to succeed as a team”.

A vision: coffee as a driver for human development

Rodolfo Peñalba is a visionary. He has long understood the importance of receiving an innovative, critical and analytical education from an early age for changing the habits of an entire society. And he was able to share this vision with the entire Comsa team. Coffee is a legacy that has been passed down for several generations in Marcala, and for COMSA members it has now become a means for concrete investment in education and social projects.

While it is essential that a company have a vision, it must be pursued effectively if it is to deliver concrete and meaningful results. COMSA does so daily, according to four guiding principles.

EDUCATION
The producers’ children receive a particularly innovative form of education from the age of 6 months through to the end of secondary school, based on the Montessori and Doman teaching methods. The aim is to encourage critical thinking and analysis in order to encourage innovation and stimulate intelligence.

TRANSPARENCY
Use of financial resources is made public, and most of the premiums received under the “Fairtrade” initiative, in which COMSA is actively involved, are reinvested in community projects.

TRAINING
Coffee is of central importance to the company, so particular attention is paid to training for producers. The La Fortaleza finca is COMSA’s pilot farm, where the entire organic farming methodology is tested and where all producers receive training to support them during the transition from conventional to organic and biodynamic agriculture. Organic farming is based on the COMSA 5M approach: mountain microorganisms, living molecules, organic matter, minerals and grey matter.

While talking with some COMSA employees, one said: “none of us is smarter individually than us all combined”. And the project’s great strength lies in its ability to bring producers together around these 4 imperatives. In addition to discovering an extremely diligent and professional company in terms of coffee trade, my visit to Honduras also introduced me to people showing a rare level of commitment and some brilliant producers. The collective vision defended by COMSA is both valuable and ethical. I am extremely proud to see their coffee so widely represented in Europe as a result of our actions, and I hope that more and more will promote it in the future.

The spotlight this year is on three producers

Maria Dolorez Zelaya - Mini Granja Dilma
Mini Granja Dilma is Maria Dolorez Zelaya's farm. The action of COMSA became concrete for me as I talk with this woman about her career as a producer. She was used to be called "woman of", COMSA launched through workshops devoted to financial autonomy. She then has the courage to ask her husband to cultivate his own plot to make a living. Livestock powder, it has turned into a real haven of peace. His investment is spent in the cup he bought us more coffee this year, in treatment, nature and honey.

Maria Elisabeth Perrez, also called Betty, is the producer of Finca Clave de Sol. She is a woman of action and leadership who has taken up the challenge of producing for Belco 88+ coffees of several coffee varietals. This farm of 9 hectares, managed in biodynamy and agroforestry is the perfect application of the techniques taught by COMSA.

Adín Ramos - Finca El Sacrificio
Finca El Sacrificio is the farm of Adin Ramos. This farm of 2 hectares he has acquired over time, Adin may be one of the most remote producers of COMSA that I visited, it is nonetheless very applied. All COMSA principles are applied here with a recycling zone, fruit trees for food self-sufficiency and the application of organic fertilizers.