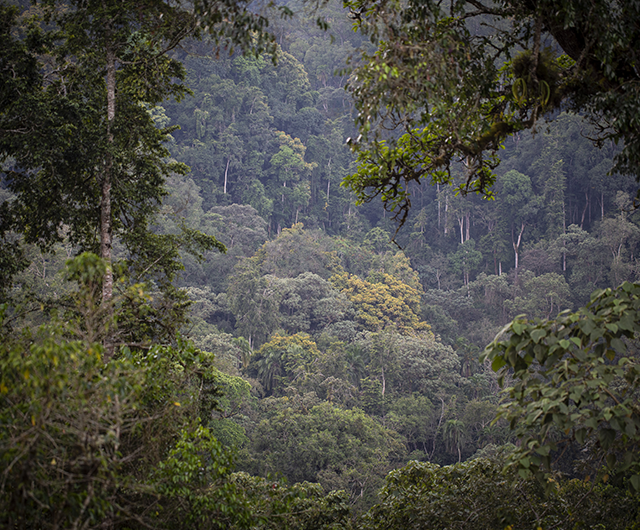 Echo of the Amazon on our coffees

No one can ignore the images of the Amazon rainforest, or other forests, plagued by devastating fires these last days. In reflecting on the impact that coffee can have on these fragile tropical areas, I remain convinced that it is essential to support the production of coffee produced in its natural space: the forest.

While fires are a natural phenomenon at the end of the rainy season, this year they have become so widespread that on August 19, the smoke cloud due to the burning of the forest darkened to the sky of Sao Paulo. If this tropical forest worries us so much, it is above all because it is vital to mankind. This "super" forest stores 10% of the world's carbon, produces oxygen and even triggers its own rains[1]. It has a biodiversity 10 to 15 times richer than a European forest and is home to nearly a million people.

This news has brought to my mind other forests located a few thousand kilometers from Brazil. Forests that are less well known, but which are just as important since they saw the birth of the first Coffea Arabica. The forests of Wallagga, Kaffa, Jimma are the Ethiopian lands where Arabica continues to grow among a rare biodiversity, bringing to these coffees a sensory complexity that still moves me so much.

Today, these primary forests are in danger. They are not in the grip of flames, but of rapid population growth, a desperate need for arable land and the easy gains associated with the sale of century-old trees. It is estimated that within the timespan of a century, Ethiopia's forest cover has decreased from about 35% to 12% of its total area according to FAO figures[2].

I was reading a few days ago that the Ethiopian government is currently replanting 350 million trees[3] to stem the effects of deforestation. On the one hand, we destroy, on the other hand, we reforest; an infernal cycle that will take decades to create a forest that is sufficiently resilient, provided that the tree species chosen are endemic and adapted to the soils of each area.

There is no longer any doubt that reforestation and agroforestry are now necessary to protect coffee tree habitat, and more broadly our habitat. But before replanting, or at least simultaneously, let us commit ourselves to protecting and supporting the coffee produced in its natural space: the forest.

It is from this observation that the forest coffee project was born a few years ago, led from the very beginning by Jacques, head of the Belco Ethiopia agency, which is today a flagship project of the entire Belco team. Forest coffees are the invitation for each roaster and each consumer to buy quality coffees, well remunerated and which allows at the same time to protect the forests and their unique biodiversity.

We are hopeful about this project, of which you are the best ambassadors to all consumers of specialty coffee. What is happening right now in Brazil, Siberia, or other burnt-out lands cannot leave us insensitive. We too in the coffee sector have a role to play in offering committed coffees to consumers.

And you, are you ready to make the step towards another coffee?

Emmanuelle, for the Belco team