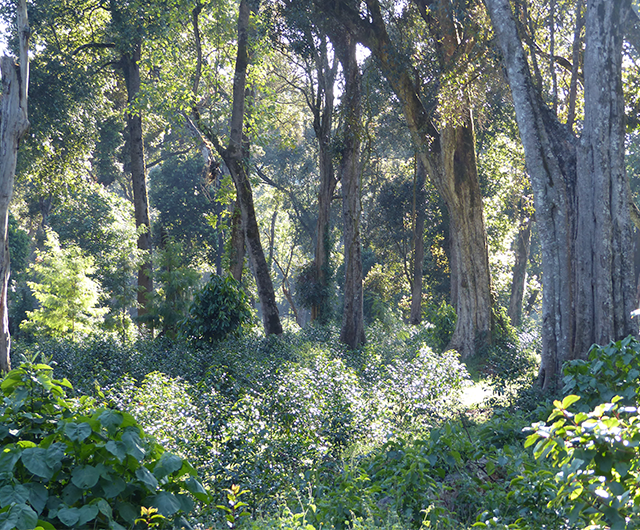 What should be the future of specialty coffee?

Fermentation, varietals capable of giving the most exquisite cups,88,89,90+. Tasters with their spoons like Jedis with their lightsabers. Specialty coffee may well be facing its first crisis: stagnation.

It is our great responsibility, as coffee professionals, to answer this question.

At Belco, we have been working for a long time to answer this question through a concept of global quality we believe in: Integral quality.

I will always remember when I was cupping coffees that had won the cup of excellence and a producer friend in Brazil said to me: “I'm not going to cup them because I don't know if they are clean.” “But if they won the cup of excellence, how can they not be clean?”, I said. “Do you know how they were produced?” he asked me. And when I said I did not, he said, “then you cannot know if they are clean.”

The concept of specialty coffee was founded on the principles of cup quality, traceability, and producer remuneration. This is good enough and laudable, but in the times, we live in, it may no longer be enough. The future of specialty coffee must also be able to take an interest in the coffee before it is harvested, in the tree and what we do with the tree and its impact and link with the environment in which it grows.

In the coffee industry, sustainability is considered to be producers’ profitability, and is summarized in terms of productivity (quantity of coffee produced). Although this is true, it is not exclusively so. Sustainability must be able to ensure the future of coffee growing and the communities that develop it, and this can be done if the economic level is positive for producers. Yet, sustainability will only be achieved if the environmental level allows it for these communities. And thinking about production as if there is no tomorrow may in the end leave us with no tomorrow at all.

When we started buying coffee at Belco, we were getting less than half the volume we do today, and 2% of our coffees were certified organic. None of these coffees scored 80 points, and they were produced exclusively by small producers in fairly remote communities within a couple of very specific countries. These producers have been able to gradually specialize to reach the qualities they boast today, but also producers with larger farms and more professional processes, from these same countries or even some who once did not apply this method of production, have surfed the green wave. This has allowed us to have almost 25% of the coffees we import certified organic (some even biodynamic), all of them reaching a cup score of over 80 points.

Supporting a smooth transition at origin

There is no easy way, and it also depends on where the coffees are produced. The challenges faced by each producer are not the same, although they are probably equally important. In Ethiopia, for example, the challenge is not to limit the use of chemicals, as these are simply not imported, but to achieve significant productivity under the principles of productive organic agriculture. In El Salvador, as in other Central American countries, the challenge will be to maintain productivity while giving up the use of such chemicals - which are everywhere by the way. This is the reason why the ecological transition must be guided and not hasty, and why we have initiated Zero-pesticide residue and agroforestry projects with some of our suppliers, in order to alleviate the stress that farms may face before embarking on organic certification processes (if producers so wish).

Acts of purchase or consumption that change the game

The adaptability of consumption is also very important. Washed coffee has for decades been, and continues to be, considered a synonym for quality. If the water supply in the region is sufficient, this is not a problem. But in some parts of Africa, like in Kenya for example, the water reserves are not the best, and even then, the demand for washed coffee leads them to stress them to the core. “If I had water, I would be a coffee farmer”, a person who walked 3 km a day to fetch water for his family once told me. Hence the "Hands on Coffee" project we started, with the aim of being able to obtain cups of the same or higher quality from washed coffees if they were processed naturally. While water is a crucial resource, let us not forget the pollution that water processing can generate: more CO2 will be generated, and in some places the so-called “honeyed” water - i.e., the dirty water generated by the process - is not treated properly and ends up in nearby rivers. The combination of both led us to initiate a project to develop natural coffees in consistent volumes in Colombia and Peru. Interestingly, during this project in Peru, some producers began to question the fact of making washed coffees because of the effort that manual pulpers generated when compared to preparing natural coffee, and our associate exporter commented that he had never paid attention to it, but that in a region where natural coffee is traditionally made, there seem to be fewer arthritis problems among coffee producers (obviously these are echoes of our first visits that need to be further analyzed). The virtuous triptych of sensory, environmental, and societal quality can easily be crowned with the economic incentive that can accompany such efforts.

The carbon issue is very fashionable lately, and yet in coffee production, organizations such as “Envol Vert” are warning us, although at the beginning of its expansion around the world one third of the coffee produced was grown under the sun and two thirds under the shade, the trend seems to have reversed and almost two thirds - with a much larger cultivated area - are grown without trees around them sheltering a single bird's nest. Consuming more shade-grown coffee should not only be logical but a matter of activist (rather than committed) roasters and consumers.

The question of the price

For a long time, the FOB price served as a basis for transparency. And at the beginning, it was, but it is now outdated. Even though it is a factor, we need to understand and be able to work more on the global context of the price issue. For a couple of years, we have started to analyze in detail the production costs of the producers we work with. These are mainly small and medium-sized producers, but also bigger ones. The results we have found are extremely interesting and trigger off even more questions. It is not the first time we get the answers we are looking for, but this research we may be able to mature our thoughts thanks to the numbers we get. To give a small example, both in Guatemala and Nicaragua we have found that production costs can be between 180 and 400 USD cents per pound. These numbers are inversely proportional to the size of the farms: the smaller the farm, the higher the cost of production. Although it does not justify it, it does explain why when market prices went up many small producers jumped into other chains that previously marginalized them, despite the fact that for a long time, companies like ours and those of our clients paid up to twice the (low) market price for their coffees. This is when a number of questions arise: What will be the limit of productivity? If this limit is exceeded, who will be willing to subsidize it and for what reasons?

Being able to buy up to 90% of a coffee produced by a producer has also been another answer to our questions about producer profitability. With the Full Farm Profitability project from our partner FAF, we have been able to have up to 5-6 qualities of coffee from our producers in Brazil, all cupping above 80 points and therefore easily exportable. The yield and how to increase it generates a positive economic impact on the producer, as we can get coffees into European roasteries with a positive differential that previously ended up being sold only locally. Each FOB price does not make sense unless it is averaged and compared with previous averages, in which the mix included more coffee sold locally and now exported.

In short, at Belco; we do not believe that specialty coffee should be evaluated solely on the basis of the criteria that currently consider it to be special. It should be imperative to seek to satisfy the qualitative, economic, environmental, and societal levels in order to call this coffee a specialty coffee, one that achieves, in short, something special. These indicators should guarantee that our action generates a positive impact, if this is the ultimate aim of our development and next purchase.

We must go further every day, seeking to be more analytical of our sector to secure its future. Coffee is such a complex product that it wouldn’t be logical to simplify it. There may be a crisis in specialty coffee today, but it is from this crisis that we could be able to find the way to the specialty coffee of the future, a durable coffee in every way (or taste).