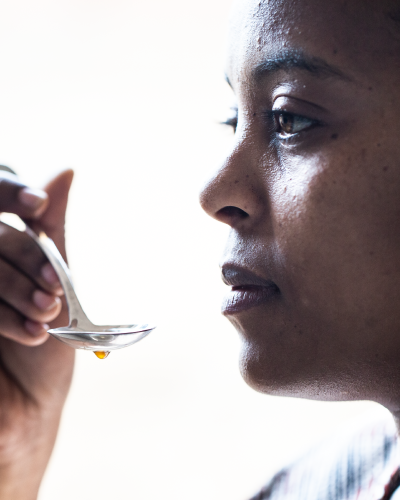 The Art of Cupping

One of the duties of a coffee professional is to expose him or herself to human error and subjectivity when cupping. It is actually very common to find extreme differences between the qualifications or descriptions of a coffee depending on the situation in which the coffee is being cupped.

“An inferior quality coffee may be better scored if it is presented to the cupper when he or she really wants to drink a coffee, for example after a long walk on the farm or early in the morning, arriving at the roastery.” Many coffee professionals have more faith in a panel of cuppers than one super cupper - somebody with superior skills capable of accurately identifying different smells, tastes and textures. Even the best qualified cupper can have a bad day. Being exposed to our emotions has an immediate impact on our appreciation of a coffee.

So why not work on creating an environment which allows us to put our knowledge into practice?

To prepare a cupping session we normally concentrate on the basic conditions of a defined protocol and the use of a range of tools:

During cupping sessions, we take this moment very seriously to assess the coffees as objectively as possible.

So what else do we need?

Concentration: a tool for a successful cupping

Coffee arouses passions and challenges for even the most educated palate and cupping requires a particular command which takes time. It is not rare to see a wine taster or cheese connoisseur get on his or her knees in front of a natural Red Bourbon aged 6 months (after harvest), roasted 4 days previously,  and grown on volcanic terroir at 1600m.... do you follow? A few months ago, during a training session, the famous trainer Paul Songer organised a panel and showed us a very simple exercise called 'mindful cupping' which amongst other things consists of concentrating a maximum on your body and mind and being in the here and now. We carried out 5 minutes of meditation before cupping. By meditation I mean the practice which consists of concentrating your attention on one thought, an external object or one's own conscience. For those who used to meditating, this definition may seem short, but for someone who does not consciously meditate, this definition is a decent summary of a complex subject which requires a lot of discipline, just like coffee cupping.

Concentration during a cupping of a Colombian coffee to identify cupping notes.

Paul defines cupping as a relationship between mind and discipline, which for him implies not only taste but other elements. In this sense, psychological aspects are accentuated, such as the interpretation of experiences which interact simultaneously with physical aspects through our sensory organs. For example, to interpret trigeminal sensations, such as: These  minutes of meditation led the 6 participants on the panel to different levels of concentration, no doubt varying according to the discipline associated, but the entire group were plunged into the same environment: silence, concentration, awareness of the coffees lined up in front of us etc... In the professional world, great emphasis is placed on the fact that we cup totally blindly, with no knowledge of the coffee being cupped. Knowing the coffee influences the final result and prevents you from giving an objective and  impartial view. Imagine if you started cupping and you were told that this coffee comes from my farm: you wouldn't want to tell me you didn't like it! The same would apply if I told you that the coffee is from low altitude, with a poor reputation or even with a lot of defects. A natural fear of scoring coffees highly has been instilled in professional cuppers, preferring to play it safe with scores of 83-85, thus avoiding being exposed to criticism for scoring a coffee to high, often fearful of “what they will say”. With Belco's cupping team, we have experimented with a range of things. For example, installing “Cupping in progress” notices during cupping sessions, or even cupping without knowing the origin of the bean. All this was hugely successful but it's not enough.

César is fully focused to detect the coffee's aromas and potential defects in the cup.

Add to that a good dose of sensory curiosity

The best cupping sessions are made when all the participants are trained, have developed professional skills and are properly calibrated. However, there is nothing better and more pleasant than tasting mindfully. It is clear that this concentration comes from within and that we will not always be in total silence or won't have access to a lab providing optimal conditions. However, it's not an excuse: concentration comes from within and is linked to relaxation and focus. Often, the body of a coffee is defined as silky; why is this? Go and touch a piece of silk and you will find the same sensation when cupping a coffee. The more we appreciate the smell of flowers, wine, the texture of honey, the taste of water, the smell of wild flowers in certain regions, vanilla, cloves, cinnamon, the more we are aware of the products we consume and the easier it is for us to identify them in a honey prepared Pacamara, grown at 1400m in the El Salvador mountains, 2 days after roasting and properly extracted in a Chemex coffee maker. Curiosity and mindfulness are therefore key strengths for becoming a knowledgeable cupper!