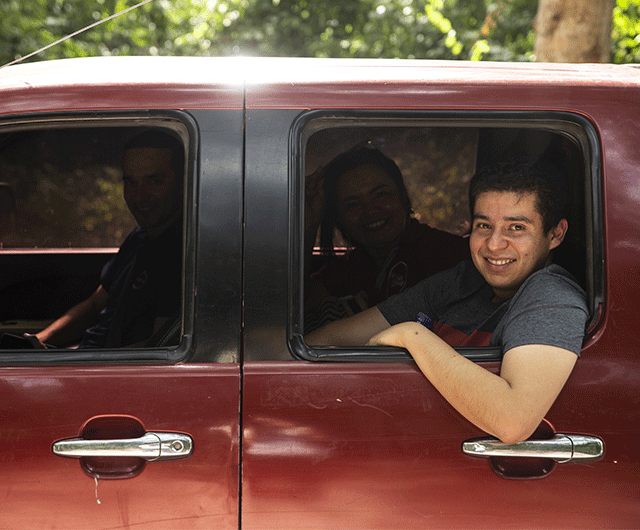 We are currently facing a world pandemic, but hey, it’s not the end of the world. Probably the end of the world as we know it, as the song says at the end, but it’s still moving. And so are we, and we must act accordingly. What should the specialty coffee industry look like tomorrow?

Since yesterday, we have been thinking about tomorrow. Because tomorrow, is now. We don’t have to change the world; the world has already changed. The biggest challenge for us now will be to change people’s minds (let’s pray that isolation brings thoughts, like butterflies).

Do we think the best thing for the industry will be to simply pretend it was perfect and return to where we were?

This is probably a good time to reflect on what we can do to change it, and how, perhaps even to make it better. There are some basic ethical principles that have proved their worth to other generations, and lasted longer than a hashtag, than a picture of someone on Instagram standing over a jute bag… Maybe we can even reflect on ourselves, and our actions, which can be transcendental, on the life of a company, and above all on the life of a family, somewhere.

The specialty coffee industry should rhyme with other things, maybe considered old-fashioned, and less trendy, but which can ensure it has a sustainable future:

The past few weeks have been everything but simple. We have had to stand strong, maintain all our commitments to our partners at origin. Because this pandemic came at the highest part of the season, during the Ethiopian, Kenyan, Central American and Mexican harvests, countries in the full swing of shipping. In just a few months, we will be cupping and then shipping some 200 containers. This is no easy task even in a normal situation, so just imagine what it’s like now. But we are continuing. We haven’t sleep well in recent weeks, but our conscience is sleeping like a baby. We are sticking with our producers, because we know that if they were in our shoes they would do the same. And we know our roasting partners would also do likewise.

The concept of specialty coffee, of a high-quality coffee with a certain traceability bought at a fair price, was great as a beginning. But we are truly convinced that other concepts must be taken into consideration, to arrive at a new definition of what a specialty coffee is. Maybe we should consider a cup insufficiently clean if it damages its surrounding environment, even if it scores 90 points. Just one example.

We are currently working at Belco on a new concept, which we hope to unveil shortly. For now, we would like to explain some of the commitments we have taken, or will be taking in the future, for what we hope will be a brighter cup of Joe.

As you know, we have been working for several years with Fazenda Ambiental Fortaleza. Their coffee was the first coffee I ever bought. Then, the cost of the coffee was twice the market price, which at the time was a lot. But listening to them talk about how they were experiencing dark times for agriculture just made me want to buy their coffee even more. Because I know it’s true, the current farming model, taught at schools and used on a large scale, is not sustainable for our planet. I recommend that you watch the following interview with Felipe Croce on how he is continuing to transform his organic farm, to make it more efficient each year. We hope to continue building our partnership with them, and not only with them, but also to contribute to the very collaborative and inspirational work they are currently undertaking with over 200 farmers, to make social, environmental and economic changes within communities.

This is not unique to the coffee sector, it affects the textile industry in particular. But something will have to change in the coffee industry in terms of bagging. You may not know this, but except for India and Brazil, which produces jute, and Colombia, which produces sisal, most of the bags used to bag coffee are imported from other continents. As Arianne, Creative Director of The New Denim Project, says: “The coffee in Guatemala is bagged in jute bags, which come from India, and they cost about half the price of mine, already CIF Guatemala… we should maybe start asking ourselves if it’s right to pay some things so cheap”. Her textile company has begun working with upcycled materials. And this was probably enough to convince me to want to work with her. We are now shipping our first coffees from Guatemala bagged in beautiful upcycled bags, and are already considering creating a catalogue for all our partners in Mexico and Central America, to use her bags for the next campaign.

Guillaume is one of those people who can be hard to understand when explaining their project because they’re so excited about it. He contacted us a couple of years ago wanting us to ship coffee on a sailing freight ship. He had ideas, but the price he quoted at the time was about 20 times more than what we were paying to bring back a container. But he kept working on his project to find a way to make it viable… and guess what, he came up with something, with an offer we simply couldn’t refuse. We have now signed a letter of intent to begin shipping coffee on his sailing cargo ship in 2022, when he will start doing business on a larger scale and commercially.

I’m sure you’ll agree that these are beautiful initiatives! Our dream now is to see them all come to fruition – we will, and so will you, when we come out of this crisis, together. Because, ultimately, e pur si muove… we may have to reinvent ourselves, but we will keep moving.


Angel, for the Belco team